Advances in technology have made it possible for more people than ever before to film and expose human rights abuses. This increase in eyewitnesses video presents new opportunities and challenges around how footage is analyzed, shared, preserved and used for advocacy and evidentiary purposes.

To explore these possibilities and perils at a hyperlocal level, WITNESS and El Grito de Sunset Park partnered to collect, analyze and preserve over a decade of eyewitness videos of police abuse from Sunset Park, Brooklyn.

Together we developed and documented accessible ways to manage large collections of videos and explored new ways to tell the story of systemic police abuse and impunity.

WITNESS and El Grito de Sunset Park created this project as a use case study for advocates, journalists, legal experts and technologists interested in exploring new forms of storytelling through the analysis and curation of human rights videos.

The project is focused on Sunset Park, a largely Latinx and Asian community in Brooklyn, New York. El Grito is a community-based organization that among many other things, educates residents about their rights, how to film police activity and de-escalate situations (commonly referred to as “copwatching”). The group has been filming and collecting videos of police abuse for nearly two decades. Their footage comes from coordinated efforts to document annual events such as the Sunset Park Puerto Rican Day Parade, as well as incidents filmed by bystanders and local activists.

A number of these videos have played a key role in challenging official narratives, corroborating courtroom evidence and helping to acquit civilians of bogus charges. Several videos have received widespread media coverage, leading to leadership changes in Sunset Park’s 72nd Precinct, and in some cases, strengthening relationships between some law enforcement and local residents. For example, since 2015, there have been no arrests or violence  during the neighborhood’s Puerto Rican Day Parade, a big change from past years.

These videos are also crucial in helping shed light on officers who have repeatedly been accused of misconduct. Without these videos and reports from residents, it is challenging for lawyers, journalists and the general public to connect the dots on officers with patterns of  misconduct due to New York State law Section 50-a, which gives no public access to “police personnel records”, including misconduct complaints and disciplinary records.

Today, with more people using their phones to document police abuse, El Grito has become a hub for receiving and publishing videos of police violence. Yet as the group has grown, many of their videos have been stored in ad hoc ways, making systematic organization, analysis and preservation challenging.  And while a large portion of the videos in their collection do not show incidents like a police killing or violent assault, in aggregate, these videos have the potential to help expose patterns of abuse, surveillance and harassment that many communities of color experience on a regular basis.

Our project investigates how video and open source data gathered by local groups can help corroborate incidents of abuse, help communities tell their own stories, and strengthen advocacy efforts for greater accountability and transparency.

Managing Collections: Today, it’s estimated that over 500 hours of video are uploaded to YouTube every minute. While only a fraction of this is human rights related content, this deluge makes the work of organizing, analyzing and preserving large collections a daunting task for organizations, investigators and journalists.  Additional challenges arise when working with human rights videos, such as securing consent, maintaining chain of custody, or security concerns around sensitive footage. We’ve learned that there is no “one size fits all” solution for managing these assets safely, ethically and in a way to tell marginalized stories with impact.

Transparency: New York State civil rights law (Section 50-a), and similar laws across the United States, prevent public access to city police officer records, including complaints of misconduct, legal documents and disciplinary measures. Lawyers, journalists and advocates often have to rely on local sources to provide stories and eyewitness documentation about misconduct complaints. This unfairly puts the burden on communities to document and expose abuses.

Metadata Standards: Currently there are no standards around how metadata from police violence videos is collected and analyzed. Establishing community standards, such as a metadata schema or thesauri, would make it easier for datasets to be compared and used in advocacy and reporting.

HOW WE DID IT

El Grito had far too many videos for us to work with for this use case project, so we started out with a small sample set of footage. Our initial focus was on videos captured during the Sunset Park Puerto Rican Day Parade from 2002-2014 — an event that has a rich history among residents, but has been met with recurring police brutality. 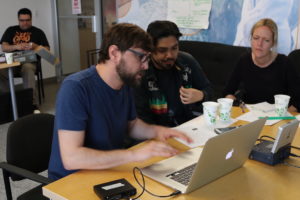 After we narrowed down the collection, we digitized old mini-DV tapes, organized the footage and then began reviewing, analyzing and tagging the videos. Review of these videos and stories from local residents led us to understand that certain officers were, and are, repeatedly involved in violent altercations with the community year after year. To better capture these altercations, we expanded the scope of our collection to include incidents in Sunset Park that were not part of the Puerto Rican Day Parade.

We used some of these videos to create an in-depth profile for one officer who was involved in multiple incidents, yet continues to serve on the force and receive promotions and pay raises. The profile represents a way to visually connect the dots around repeated incidents of misconduct over time.  We substantiated the encounters and complaints included in the profile with legal documents, public data, and media reports.

For this website, we chose to curate videos that had already been made public rather than publish the full collection. This is because of challenges with verifying incident details, limited access to misconduct reports, and securing consent from the victims. With additional time and resources, much more of this content could be shared.

Throughout this project we documented the tools and methodologies we used in a Toolkit so others can learn and build off our work. We collaborated with key stakeholders including other copwatch groups, archivists, data scientists, journalists, attorneys and advocacy organizations to inform the development of these resources.

This project is the second in a series of WITNESS Media Lab use case studies that document how collections of eyewitness video can be used as a source for powerful storytelling, provide data, and reveal patterns of discrimination and abuse. The Lab’s first use case study, Capturing Hate, analyzed eyewitness videos of violent acts against transgender people that are filmed, shared, and engaged with as entertainment.

This work also builds off our earlier research and case study project, Caught On Camera: Police Abuse in the U.S. 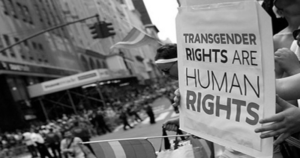 Caught on Camera: Police Abuse in the U.S. 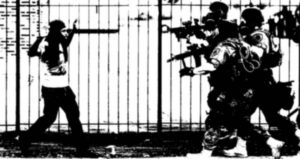 The violence isn’t new, it’s the cameras that are new.

Many communities across the United States have long histories of confronting police brutality, heavy surveillance, systemic racism and impunity. Over the past few years we’ve seen video serve as a powerful tool for exposing this abuse, mobilizing movements and igniting national discussions about these issues. As a recent report from Buzzfeed News shows, these videos have also helped expose lies and inconsistencies in police reports and officer testimony.

Yet despite this recent uptick of police violence caught on camera, there has been little accountability or change. Consider the haunting footage of Eric Garner, Terence Crutcher, Sandra Bland and Philando Castile and many others. These videos are devastating reminders that a single video is rarely enough to secure justice, let alone challenge the systemic nature of these abuses.

And for all the videos that make headline news, there are hundreds of others that go unseen because they are never shared, lost, confiscated or deemed too insignificant to cover in mainstream media. Many of these unseen videos don’t show a police killing or assault, but in aggregate they can help expose the day-to-day pressure, surveillance and harassment that residents in heavily policed neighborhoods – most often people of color – face on a regular basis.

In the absence of a comprehensive national database about police misconduct, this project explores how civic video and open-source data can corroborate incidents of violence and systemic abuse and develop narratives that go beyond a single video.

This project, among several others, has served as a catalyst for bringing together activists, data scientists, archivists, journalists and lawyers to collaborate and explore tactics for impactful data journalism, strengthen legal strategies and share best practices for data collection and analysis done by civil society. The Toolkit we developed will continue to grow and improve as we test our learnings and workflows with other groups facing similar challenges, like Berkeley Copwatch.

Learn more about these efforts and how to get involved here.

PROJECT BY THE NUMBERS